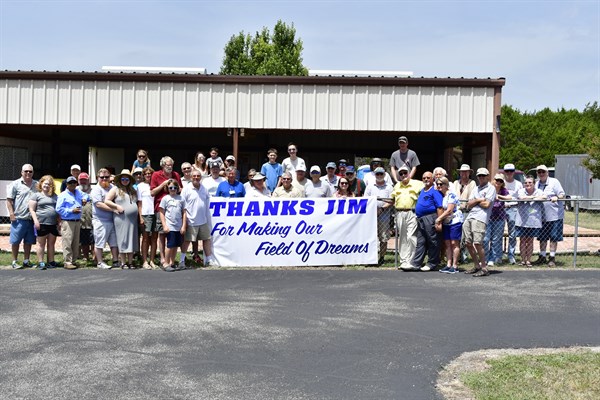 In April, 1993, members were notified that the field was being sold and were given ninety days notice to vacate. Search was begun for a new flying site. James Bruns, then club treasurer, discovered a possible field in Mary Moore Searight Park on West Slaughter Lane and alerted the club officers. The field was three fourths covered with cedar trees and bushes, but was an excellent site and location if it could be cleared.

The field was built and is maintained in “Golf Course” condition by volunteer club members. The Aeromodelers membership varies between 95 to 120 members each year. We have a number of father/son members, our youngest solo pilot was 10. Membership is offered to pilots through eighteen years old without fees.

We welcome the public to come and observe some exciting model aircraft flying, and perhaps consider joining in the fun and festivities as a member of the Hill Country Aeromodelers Club. 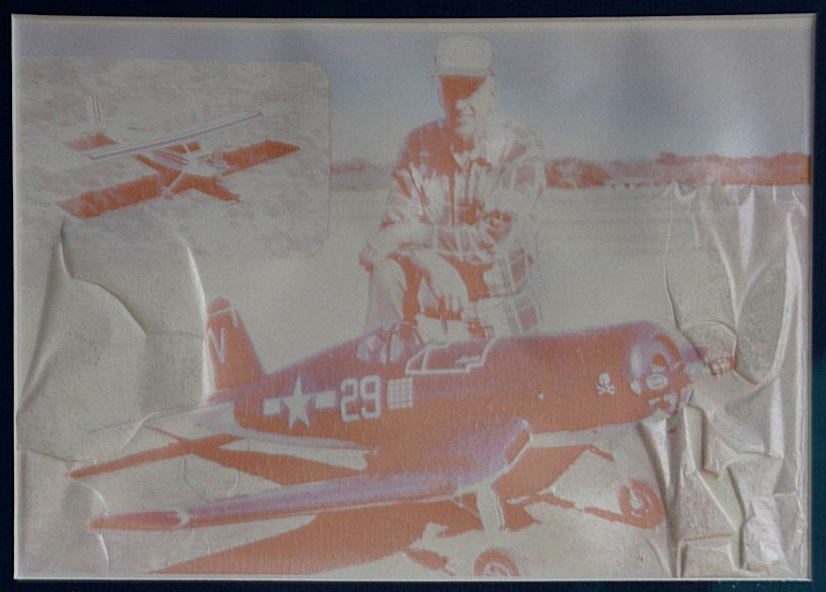 Ralph G DeClairemont “Big Dee” was an aviator. He started flying in his teens and like most pilots, he wanted to go faster and higher.
Receiving his commission in 1952 through the US Airforce Aviation Cadet program, Ralph flew many fighter aircraft, logging over 5,000 flying hours throughout his military career.
Big Dee flew 100 combat missions alone and unarmed in an RF-4C reconnaissance aircraft in Vietnam, many over Hanoi, the enemie’s heavily defended capital. Among his numerous commendations, Big Dee earned the Distinguished Flying Cross.
Upon retirement, Ralph devoted much of his time to volunteer efforts, winning the “Volunteer of the Year” award in 1999 from his peers.
Ralph DeClairemont developed a passion for radio controlled model airplanes in the late 1980’s and joined the Aero Modelers when they flew from a leased field on South Menchaca Road. He soon became a director, then President of the club. When the Menchaca field was sold, a search began for a new field. Mary Moore Searight had the space. All that was needed was permission from the city to build a flying field. Ralph began the lengthy process of obtaining permission and rallied the club to begin construction. Largely through his efforts, the field was built and opened within a year!
Ralph taught many of our members to fly and his colleagues often sought after his advice in both construction and flying techniques. He could be found on weekends flying, instructing and monitoring field activities. His oft repeated theme: “Keep it safe, keep it fun” was a mainstay at the field. Thus it is fitting that this field is dedicated to Ralph G. DeClairemont, friend and comrade. His leadership and spirit remain with us forever!